For a long time humans have wondered if chemicals causing drug and alcohol addiction could be active in the genes and potentially passed on to the next generation. Although this was not scientifically proven until recent years, the fear of suffering from addictive diseases led children of addicts and former addicts to avoid alcohol and drugs completely.

One of the scientific studies that give weight to this family history hypothesis on addiction was conducted at the Indiana University School of Medicine. 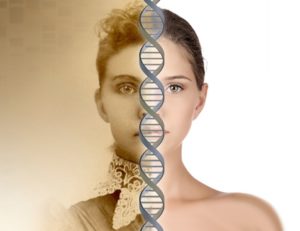 The research attempted to discover how our genes control our preferences and habits. It concludes that alcohol addiction has a genetic component and that those with one parent who is addicted to alcohol have a 25 percent risk of developing a similar condition.

Now, the relatively new field of epigenetics builds off of our knowledge of how genetics affects addiction. Scientists are exploring the complex epigenetic regulation of gene expression by drugs and continue to find that epigenetic mechanisms have important implications for the pathogenesis of drug addiction. Epigenetics is even beginning to find its way into modern rehabilitation centers, which could benefit many who are seeking treatment.

Epigenetics and Addiction: Expanding Our Understanding

Epigenetics is the new buzzword in biological science, as well in modern addiction rehab centers.

And that’s not because it sounds fancy, but because it deepens our understanding of the human genome — that is, the whole picture of our DNA makeup — and how genes can be altered or modified by other factors.

The study of epigenetics adds to our genetic knowledge of addiction and shows how drug and alcohol abuse can affect changes in our brains. It is helping us to understand that addiction is not only a sequence of genes that causes risk, but also a sequence of risk that could change the way our genes are expressed.

Epigenetic change occurs regularly and naturally and is affected by a number of factors like age, environment, lifestyle and the state of the disease. Of particular interest is how the environment influences epigenetic changes. In ‘epigenetic terms,’ environment means practically everything around the individual: toxins, drug and alcohol abuse, pollution, economic status, exercise, nutrition, stress, trauma, overwork et cetera.

Of even greater significance is the fact that epigenetic changes not only affects the individual, but also influences their children. Some of these changes in the original genetic makeup can be transferred to their offspring.

Let’s take the example of identical twins. Although they have the same genetic footprints, over time they are exposed to different environments and make choices of their own. In the long run, their DNA absorbs information that can alter their behavior, influence their risk of addiction, and even their response to treatment.

Some substance abuse rehab centers like Luxury Beach Rehab now apply this key knowledge in understanding and measuring addiction, and helping to develop effective treatment and therapy methods that accelerate the healing process. 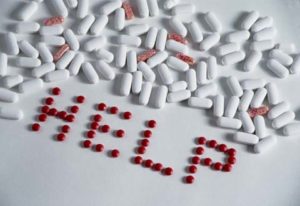 In some studies that showed how epigenetics affects addiction, neuroscientists demonstrated that heavy cocaine and alcohol dependence modifies the chemical makeup around particular genes that protect against addiction.

In a study on heavy alcohol use, it reveals that once these defensive genetic structures were regulated differently, they never recovered fully and alcoholism is triggered. The researchers at the University of California- San Francisco said this mechanism may explain why 10 percent of the population have alcohol use disorder and the study may help develop future medications to treat serious diseases.

An additional study assessed the epigenetic changes made to DNA during the withdrawal stage for those trying to overcome drug addiction and offers new hope for more effective epigenetic-based treatments. Specifically, the researchers from McGill University and Bar Ilan University looked at how DNA methylation can give epigenetic hope to cocaine addiction treatment by using a DNA methyltransferase inhibitor.

In another cocaine study, scientists discovered that frequent and continued use of cocaine in heavy doses changes the way the DNA is shaped in the brain’s reward center.

Researchers believe these findings may be helpful in developing fairly simple tests that could help spot and measure addiction in its early stages. It could also prove useful in helping people with risky genes prevent addiction, as well as help treatment patients in addiction rehab centers increase dopamine receptors that will help them overcome addiction and remain substance-free.