Ah, Valentine’s Day… when intoxicating amounts of chocolates are devoured, restaurants become overcrowded, and a flying toddler is shooting more arrows than Legolas – a day when we celebrate the irrational ideas about love. To quote from the recent sci-fi romantic comedy Her: “It’s kind of like a form of socially acceptable insanity.”

But maybe love is not as irrational as we think. Some say it’s due in part to the way we are raised while others think it’s hardwired in our DNA. As it turns out, both reasons could very well be correct. Various studies in animals might suggest that the emerging field of epigenetics (the study of mechanisms that regulate gene expression) plays a role in the way we are loved and the way we give love. Could this fascinating field help explain why you could get so love-struck by someone?  Here are four possible reasons we found interesting:

#4 – They got their sex appeal from their competitive parents

If your partner’s parents were conditioned in a socially competitive community, then they were most fortuitous. Your partner’s parents probably passed on the sexy gene to him or her, potentially acquiring advantageous scent signals called pheromones to lure you in. These chemical substances are produced and released into the environment which can be detected by animals of the same species. Most notably, attraction and mating can be affected by pheromone production.

In a study conducted by researchers at the University of Utah, mice that lived in socially competitive populations for mates produced sons that showed a distinct advantage in attracting female mates. These sons inherited up-regulated expression of pheromones in the major urinary protein (MUP) family. This up-regulated expression is associated with changes in DNA methylation that result in a higher MUP concentration which attracts more females.

Now, go thank your partner’s parents for making him or her such an epigenetic hottie.

#3 – They have less emotional baggage because of their mothers

What makes a good life partner? Besides sex appeal, we look for a mate that is emotionally stable as well as being able to produce and raise healthy offspring. The amount of nurturing shown to a baby not only influences the type of nurturers that they will become, but it may also affect how he or she will handle independence, fear, and stress at an epigenetic level, and ultimately determine his or her personality as an adult.

Researchers at McGill University found that rat pups that were frequently licked and groomed by their mothers within the first few weeks of life were less fearful and demonstrated more modest responses to stress than those that were not handled in the same way. Apparently, changes in the methylation state of DNA and an increase in histone acetylation lead to a gene expression cascade, resulting in an increase in the number of glucocorticoid receptors in the hippocampus brain region (which plays a crucial role in hormone regulation and in turn stress response).

But don’t go around complimenting your partner’s mom as a great baby-licker. That would be weird.

#2 – Their ancestors’ environment affects their attractiveness

Ladies, did you ever intuitively dismiss an awesome date despite the fact that he had all the qualifying credentials you were seeking? Well it turns out that maybe his great, great grandmother worked in a fungicide factory.

Wait, what? Well, environmental factors can alter the epigenome in ways that influence mate selection (which could impact viability of a population and evolution of the species). The exposure of an individual to environmental contamination by endocrine disrupting chemicals (EDC) can leave an “imprint” that endures for generations and may influence how attractive you are to others and how attractive someone is to you. This mate preference was observed in female rats in a study out of the University of Texas. Researchers treated pregnant female rats with a fungicide and found that the third generation of exposed female offspring discriminate and prefer males with no history of exposure.

Interestingly, third generation males that were similarly exposed did not exhibit a preference. The preferential behavior in the imprinted females may be due to DNA methylation changes in the germ line that affect genes responsible for mate choice due to the EDC exposure.

Therefore gentlemen, don’t get offended if you weren’t successful in picking up that girl –  her great, great grandmother could have simply been working in a fungicide factory too. 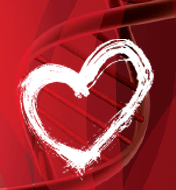 #1 – “Love genes” get activated in your brain

Society has long dictated that “hooking up” with a partner without first being in a marriage or relationship is socially provocative. Yet perhaps such a desire is due to a biological predisposition to actively seek a life partner. Recent studies by researchers at Florida State University have shown that epigenetically activating the genes in the nucleus accumbens, a region in the brain associated with pleasure and reward (such as through intercourse), of prairie voles (Microtus ochrogaster) can lead to monogamous behavior and the formation of lifelong partnership.

Give your co-workers, friends, family, and lovers a good laugh by sending a free, science-themed Valentine’s e-card.

In these animals, mating induces the expression of genes for the vasopressin and oxytocin receptors in the brain resulting in partner preference and lifelong pair-bond formation behavior. The increased gene expression is due to increased acetylation of histones which relaxes tightly wound chromatin, allowing gene expression. Surprisingly, in the absence of mating, the same type of behavior could be artificially mimicked by injecting a drug into the nucleus accumbens of animals which would produce the same effect.

So the next time people tell you love is in the heart and not the brain, inform them how thoroughly wrong they are (but inform them in a loving way).

Disclaimer: The points made herein represent a speculative opinion of the author based on related scholarly publications on animal studies and may not actually apply to humans.