We all know the deal by now: On Mother’s Day we should show appreciation for the years our moms spent raising us, for the years she worked patiently to bestow on us the skills we didn’t even know (or maybe refused to believe) we needed to succeed in life. A lot of the things she did for us are easy to give thanks for because we’ve experienced them first-hand throughout our childhood: reassuring words of wisdom, hot meals on the table every night, help preparing for all those first days of school. But what if we’re forgetting to thank mom for gestures much less visible – gestures we aren’t even aware of that could be affecting us right now?

I’ll save you from the suspense: What we’ve forgotten to thank mom for all these years are the epigenetic changes she – knowingly or not – made to our DNA! These changes can dictate how we respond to stressful situations when we’re adults, how easy or hard it may be to fend off obesity, and whether or not we (and even our children) will turn out to be good parents.

That’s right – Mother’s Day is full of flowers, chocolates, and epigenetics. There are several ways we are affected by epigenetic changes caused by mom’s parenting. If you can relate to any of the following points, consider adding them to the list of possible reasons to thank Mom this Mother’s Day.

Pregnancy can be very stressful, but moms who can reign in their stress during this time tend to have babies who are less stressed. Moms are essentially priming the developing baby for life in the outside world. If she’s relaxed, the baby is developing and expressing certain genes to prepare for a low-stress environment because the mom is sending a message to the baby that, hey, life out here is just peachy!

Also, if you recall from our recent Valentine’s Day post, we know that maternal care has the power to turn on or off various genes as a result of changes in the methylation state of DNA and an increase in histone acetylation. Care expressed by the mother rat incites a gene expression cascade in her pup, leading to an increased production of glucocorticoid receptor proteins in the hippocampus, an area of the brain involved in facilitating activation of the body’s stress-regulating axis known as the HPA axis. Ultimately, the more care the mothers gave to their babies, the calmer the pups turned out to be as adults.

In a human study by McGowan et al. (2009) that looked at suicide victims who suffered from childhood abuse, researchers found a significant link between maternal care and methylated glucocorticoid promoters and HPA axis-regulating hippocampal glucocorticoid receptors. There were fewer methylated glucocorticoid promoters and more stress-regulating hippocampal glucocorticoid receptors in those who received proper maternal care compared to those who experienced abuse during childhood, providing us with striking results similar to what was found in the mother rat study.

So, say thanks to Mom for increasing those glucocorticoid receptor proteins of yours as a kid because her nurturing may have laid the foundation for how you cope with stress even to this day!

Okay, so maybe you’re forgetting to thank your mom for being so caring and stress-free while she raised you, but what about thanking her for the nutrient-packed food she ate during those nine months of pure bliss? 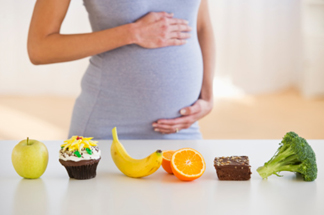 Women are already encouraged to have prenatal diets high in folic acid, vitamin B-12, and other nutrients containing methyl groups (which have the ability to alter gene expression). We know that not enough of these nutrients can lead to an increased risk of asthma and brain and spinal cord defects in children. But studies show that Mom’s healthy diet epigenetically affects her children’s development through the expression of genes, reducing their risk of a slew of health problems later in life such as obesity, diabetes, cardiovascular disease, growth retardation, and neurodevelopmental delays.

Researchers at the University of Utah School of Medicine found that rat pups whose mothers did not receive enough nutrients in their diet were born lighter and shorter. Perhaps more interestingly, they reported that poor maternal nutrition led to a modification of the histone code, along the length of the hepatic IGF-1 gene in pups whose moms received poor nutrition compared to the pups whose mothers had proper nutrition. Mom’s healthy diet appears to play a part in IGF-1 gene expression and because this gene modulates growth and insulin sensitivity, a healthy diet will promote healthy growth and normal carbohydrate metabolism in her children. These effects were found to persist even after birth.

Looks like our moms’ healthy eating during pregnancy might’ve affected us more than we thought – not only does her diet affect our health at birth, it also appears to affect our ability to be healthy as adults.

#2. Because you’re a good parent

These epigenetic effects seem to flow from one generation to the next. Your mother’s experiences impact your genetic expression which, in turn, affects your children’s genes and even your grandchildren’s genes. When a mother showers her young with love, she is epigenetically increasing the estrogen receptors in their bodies. This is linked to the babies’ future display of increased attention to their own offspring, which in turn makes their babies more attentive, and so on. As a good parent, you may epigenetically lead your grandchildren – maybe even your great-grandchildren – to be good parents, too, although the exact underlying mechanisms are not yet entirely understood.

A study conducted by Champagne and colleagues showed that inattentive mothering in rodents led to the methylation of genes responsible for estrogen receptors (ERs) in the medial preoptic area (MPOA) of the hypothalamus. Researchers found that female offspring of highly attentive mothers showed greater methylation of the ER alpha1b promoter and higher levels of ER alpha mRNA in the MPOA compared to those of less attentive mothers. Since MPOA is thought to play a crucial role in male sexual behavior and female maternal behavior, with ER alpha influencing maternal behavior and male sociability, this epigenetic adjustment may prepare children to develop parenting qualities similar to their parents and their grandparents. 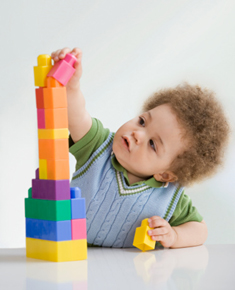 Already feel like you’ve learned something new about epigenetics? Can you remember the last three things you should be thanking mom for? (Hey, no cheating…)

If you’re great at remembering, learning, and adapting, you may owe your mom a thank you. Preliminary research shows that moms who give a lot of care to their children not only seem to impact the children’s stress and own parenting, but also their plasticity-related genes. It is important for the brain to be able to adapt, to be pliable enough to form new neural connections, new synapses. There appears to be an association between how caring a mom is and genetic expression in her children related to neuroplasticity, ultimately improving high-order cognitive functioning.

A study by Labonte and colleagues assessed the methylation profiles of men who suffered from severe abuse as children and found that 248 genes were hypermethylated and 114 genes were hypomethylated compared to the control group. The top five most hypermethylated genes were neuronal.  Many of the genes that were methylated differently in the men who endured childhood adversity compared to the control group were related to plasticity, leading researchers to postulate that perhaps those who have very caring parents are epigenetically prepared to better learn, remember, and adapt.

Experimental research shows that increasing a mother mouse’s long-term potentiation (LTP) – her ability to form neuronal connections crucial for learning and storing memories – through an enriched, activity-filled environment, actually enhances her children’s LTP. The experience of the mother mouse unlocks an otherwise latent cAMP/p38-dependent signaling cascade, resulting in enhanced LTP in both the mother and her offspring in the future, regardless of the fact that the offspring were never exposed to an enriched environment themselves.

The next time you find yourself thinking about how adept you are at learning and remembering new things, consider throwing a shout-out to mom (or should I say Super Mom?) because her experiences as a child might have actually affected your ability to learn, remember, and adapt as an adult!

From these discoveries we can see that our moms’ experiences have a possible influence on our genetic expression during development and, in turn, our health and well-being as adults. If the research is true and all of these factors have the potential to affect us epigenetically– from our mom’s attention and care down to the foods she ate during pregnancy–maybe we should thank her for these kind epigenetic gestures we may have been failing to appreciate all along!

*Disclaimer: The points made herein represent a speculative opinion of the author based on related scholarly publications on animal and human studies.